It was with interest this week that I watched the sinking of the Australian Navy vessel HMAS Tobruk, off the east coast of Australia. After much governmental deliberation, steering committees, interest groups, cross  governmental cooperation, this old war horse, the backbone of many an overseas deployment including Somalia, East Timor, Iraq and Afghanistan was repurposed as a dive wreck. The idea being, that this, now obsolete war veteran would have a further use to society, by stimulating tourism by encouraging recreational ocean divers and fishing groups to explore the region, thereby stimulating the local economy. The idea of repurposing an old war veteran, in an effort to achieve better social outcomes seemed to be a eureka moment for some. But all didn’t go to plan. Despite the myriad meetings and best planning, rather than resting evenly on her keel on the ocean bottom, as planned, the old veteran, instead, decided to roll on her side and bugger the whole plan. Now the vessel is deemed to be too dangerous to dive on, and tourists are advised to not enter the exclusion zone. Plans are now being made to invest significant funds in engineering expertise to roll this giant behemoth upright and reposition her on the ocean floor.

I can’t help but see some pretty big comparisons between this story and our own Kapani story. Like the Tobruk, Minister Chester and Minister Scullion both agree that war veterans in this country are a hugely untapped resource and through their skill set can effect significant positive social change. Mr Chester in the past few weeks, spoke openly to the National Press club about a group of veterans doing good things in indigenous communities. Their is a fine line however, between ‘doing good things’ and being the individual who miss calculated the explosives and made the Tobruk flip upside down. ‘Good things’ are hard earnt, and all the more special when achieved in the most geographically and culturally complex communities in this vast nation of ours. Good things are owned by everyone and celebrated at national press clubs.
Good things rarely happen by chance, but are the consequence of deliberate plans, contingencies, motivation, leadership and experience. Over the past 12 months Kapani has developed a formidable collection of individuals that have worked tirelessly to create a concept that has been tried and tested. The combined efforts of our instructors, planners, administrators and leaders have managed to create significant change for indigenous communities and veterans alike. What we do works and ‘good things’ will come to Kapani. But Kapani doesn’t wait for ‘good things’ to happen, we make them happen. This week we locked in a deal with the Aboriginal community of Yarrabah to deliver job readiness training and we will deliver good things to that community, as we have to the gulf and cape communities already.
The next twelve months will see Kapani continue to grow and stabilise. We will become stronger than the tug boats and steel chains that will be employed to roll the Tobruk back on her keel.
Dr Timothy White 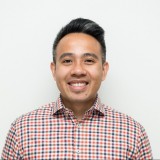